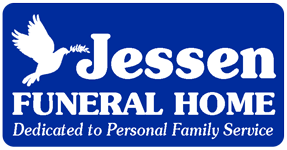 Thrive Alliance will present BROADWAY FRIGHT NIGHT, a Halloween celebration of songs from Broadway and Off-Broadway musicals with Supernatural, Horror, Sci-Fi, Mythological and Magical themes. Two fundraising performances will be presented on Saturday, October 16th at 8:00 PM and Sunday, October 17th at 3:00 PM.

Created and hosted by New York Casting Director and Producer Stephen DeAngelis, Broadway Fright Night features five of Broadway’s finest vocalists paying homage to the theatre world’s most original, intriguing and terrifying characters in an all-new concert event created exclusively for this fundraising effort. In addition to recreating some of their most memorable musical moments, the cast will share backstage behind-the-scenes anecdotes and participate in an enlightening and entertaining question and answer session with the audience. Each performance will also include a Broadway-themed Halloween Costume Contest where attendees are encouraged to dress as their favorite Broadway characters.

The performances will feature musical selections from The Phantom of the Opera; Wicked; Young Frankenstein; Sweeney Todd; The Rocky Horror Show; Little Shop of Horrors; The Addams Family; Jekyll and Hyde, Frozen; Dracula the Musical; Dance of the Vampires; The Secret Garden  and much more!!!!!

Tickets are currently on sale and are available at www.browncountymusiccenter.com and at www.ticketmaster.com beginning at $25.00.

The event is made possible by support from the following sponsors:  AIM Media, QuickSigns, QMIX Radio, George”s Pharmacy & Medical Equipment, and Elder’s Journey.

Guided by the vision that everyone has the opportunity to live a secure, engaged and independent life, our mission at Thrive Alliance is to improve the quality of life and health for people at risk of losing their independence.

We help people get the right information, resources and support needed to live as independently as possible.  Our network of programs focuses on issues related to affordable housing, caregiver support and services, nutrition and wellness programs, transportation and accessibility services, as well as fostering community-wide support for aging related issues. We serve as Indiana’s Agency on Aging for Bartholomew, Brown, Decatur, Jackson and Jennings counties.